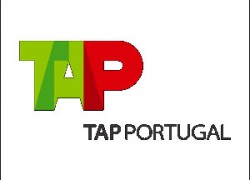 According to SPAC, guarantees were attained from the company “regarding the fulfillment of the labor agreement and the reinstatement of a working environment respectful of the parity between pilots and the administration.”

The pilots had called the strike to vindicate an agreement signed in 1999 between the SPAC and the government of former Prime Minister António Guterres which established that TAP Air Portugal pilots would be entitled to receive up to 20% of TAP’s assets at the time of privatization.

The State run national flag carrier, is in the market to be sold as part of Portugal’s bailout deal agreed with the European Union in May, as a condition for obtaining a 78 billion-euro (US$111.2 USD billion) emergency loan.

The strike would have cost an estimated 40 million-euro, according to Lisbon-based Diário Económico. The last strike by SPAC, staged in September 2009, lasted for two days and cost TAP around 10 million-euro.