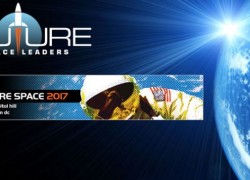 The Government of the Azores will be represented at the ‘NewSpace 2017: Convergence’ international conference by Gui Menezes the Secretary of the Sea, Science and Technology.

The event, considered the largest world event on space frontier exploration, will be held on June 27-29, in San Francisco, California.

The NewSpace 2017 conference will center on the theme, “Convergence,” highlighting the cross-disciplinary collaboration critical to creating a sustainable space economy.

Emphasizing the significance for the Azores being represented, Menezes remarked that “the Azores already play a relevant role in the international space scene as a result of farsighted investments in infrastructures, networks and projects related to this theme.”

The Government of the Azores is represented as part of the Portuguese delegation, with the aim of publicizing the potential of the Region for the development of activities related to the space industry.

The NewSpace Conference, hosted annually by the Space Frontier Foundation since 2006, brings together leaders from startups, established companies, government agencies, investors and tech innovators from around the world, to explore the opportunities and challenges of opening the space frontier to human settlement.