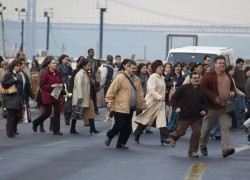 Portugal ranked “low” among five levels, at 77 points, on the Social Watch Gender Equity Index (GEI) at the same level as France, Estonia, Lithuania, Moldavia and Ruanda. The United States ranked lower at 71 on the GEI.

The five levels according to which the index measures the gender gap are: “critical”, “very low”, “low”, “medium” and “acceptable”.

The Gender Equality Index (GEI) 2012, published by Social Watch, measures gaps between women and men in education, economic and political empowerment. It is an average of inequalities in the three fields.

A country where young men and women have equal access to university education receives a value of 100 on this indicator. No country in the world has reached GEI 90 points or more, meaning that no country has yet reached the acceptable level.

According to the reprot, overall in the world, the gender gap in  education is narrower than that in the other two components. While the world value for education is 71  (or LOW, according to GEI categories), that for economic participation is 42  (VERY LOW) while women participation in decision making reaches a meagre 17  (CRITICAL).

Social Watch is an international network of citizens’ organizations struggling to eradicate poverty and the causes of poverty, to ensure an equitable distribution of wealth and the realization of human rights. Social Watch is committed to social, economic and gender justice, and emphasizes the right of all people not to be poor.