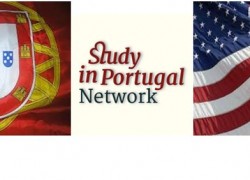 The Lisbon based Luso-American Development Foundation (FLAD) has launched on its website “a new international study abroad program aimed at university students from North America and of Portuguese descent called Study in Portugal Network (SiPN).”

Starting in 2016, a scholarship will be created together with the Fulbright Commission in Portugal, for Masters and Ph.D. students that will be exclusively for students of the SiPN program.

According to the announcement, the program hopes to encourage students to choose Portugal as an academic destination, and to promote the excellence of Portuguese universities,as well as the importance of both the country and the Portuguese language in North America.

In order to create a program that is in line with the characteristics and specific expectations of students and universities from North America, the SiPN study abroad program can be for one semester, a year or a summer.

Average price per semester is around $11,000, and includes tuition, lodging, cultural activities, city and country tours, public transportation passes, a mobile phone and constant chaperoning by the SiPN team from the moment the students enroll, until they return home.

Speaking about SiPN, Michael Baum, Program Director and FLAD Executive Board member, says: “because flexibility is an added value to the program, the SiPN is tailored to meet the needs of all kinds of students: from those seeking an intensive immersion experience in a different language and culture, to those who are just interested in courses taught in English. It is useful for students that are looking for anything from a short-term summer program, to a year-long experience, including options for those seeking an international internship for credit.”

One of the unique features of the SiPN program is the groundbreaking partnership of the four top universities in Lisbon: University of Lisbon, Universidade Nova de Lisboa, Catholic University of Portugal and the ISCTE-University Institute of Lisbon. In addition to guaranteeing academic credits to North American students in Portugal, the agreement also allows students to move freely from one institution to another, thereby not limiting them to study at a single university.

According to the Institute of International Education’s annual report of 2011/2012, about 283,000 American university students participated in study abroad programs, but only 211 chose Portugal. The United Kingdom (34,660 students), Italy (29,645 students) and Spain (26,480 students) are the top three destinations. The SiPN program is specifically aimed at increasing the percentage of students who choose Portugal for their studies.

Once the program starts in Lisbon, FLAD wishes to extend it to the rest of the country by making partnerships with other Portuguese universities and, eventually, to expand the model to higher education institutions in Portuguese-speaking countries.

Advertising for the SiPN in North America will begin in October 2014.The plan includes several awareness campaigns, such as a roadshow through universities in the United States and a promotional lecture in the “American Portuguese Studies Association Conference”, as well as a presence at NAFSA, the most important worldwide meeting on international education, that will take place in Boston, in May 2015.