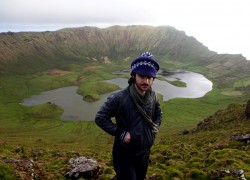 The 185 minute award-winning 2011 documentary was filmed on Corvo , the smallest of the nine island of the Azores. Gonçalo received a $20,000 cash prize. The film was released in 2012.

Hosted by the San Francisco Film Society, the SFIFF featured 200 films and awarded over $70,000 in prizes to emerging and established filmmakers from nine countries around the globe.

The SFIFF, which took place from April 19 to May 3, gathered 100 participating filmmakers and audiences with more than 70,000 people in attendance.

The San Francisco Film Society,  with a legacy of more than 50 years, is a national leader in exhibition, education and filmmaker services.