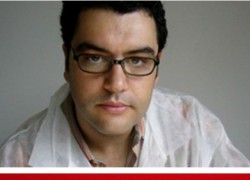 Portuguese neuroscientist, Rui Costa, is the co-author of a breakthrough research paper revealing new findings applicable to the treatment of Parkinson and Huntington’s diseases and other neurological disorders.

The research paper titled, “Concurrent Activation of Striatal Direct and Indirect Pathways during action initiation,” was published in the January issue of the online journal Nature.

The findings are a result of team work by Rui Costa and a group of researchers from the “National Institute on Alcohol Abuse and Alcoholism” (USA). The team of researchers include, Guohong Cui, Sang Beom Jun, Xin Jin, Michael D. Pham, Steven S. Vogel, and David M. Lovinger.

Costa is currently the Principal Investigator of the Champalimaud Foundation Neuroscience Programme at the Instituto Gulbenkian de Ciencia, Lisbon, Portugal.

Recently, Rui Costa, and a team of neuroscientists from the University of California, Berkeley, demonstrated that the brain is more flexible and trainable than previously thought.  The findings were relevant for the development of thought-controlled prosthetic devices that may restore mobility to people with motor skills impairments.

He has received numerous international prizes, including the 2012 Young Investigator Award from the Society of Neuroscience (USA) and the 2001 Young Investigator Award of the American National Foundation for Neurofibromatosis (USA). In 2003 he was a finalist of the Donald B. Lindsey Prize of the American Neuroscience Association. In 2009 he was awarded a Marie Curie Re-Integration Grant and the prestigious1.6 million euro European Research Council Starting Grant.