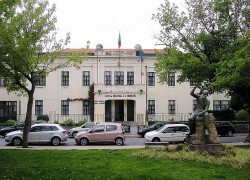 According to the Portuguese Secretary of Education, João Mata, the number of K-12 students dropping out of school in Portugal has decreased by 2.5 percent down to 28.7 percent in comparison to last year’s rate of 32.2 percent.

He said that over the past six years, Portugal has reduced its drop-out by 11 percent, from 39 percent to about 28 percent. This means that today around 90,000 fewer students are dropping out of school than they did six years ago.

The Secretary of Education also revealed that the number of young adults enrolled in academic and training programs stands around 250,000 individuals. However figures show that about 28.7 percent of young adults, between the ages of 18 and 24, don’t graduate from any educational program.

According to a recent report released by the Organization for Economic Co-operation and Development (OEDC), Portugal held one of the highest school dropout rates in the world with 37.1 percent of students abandoning school before graduation.

Another recent report also revealed that Portuguese 15-year-old students made the biggest overall improvement in reading, math and scientific skills from 2006 to 2009 compared to students from other developed countries.