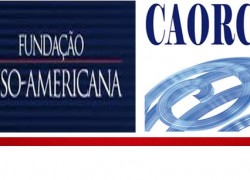 The Luso-American Development Foundation (FLAD) announced Wednesday  it has established a new scholarship program aimed to scholars in the United States interested in the study of the Portuguese language and culture.

Co-sponsored by the US Embassy in Lisbon, the new program was established in partnership with the Council of American Overseas Research Centers (CAORC).

The main goal is to promote the study of the Portuguese language and culture in institutions of higher education in the United States, “through the creation of a platform open to Lusophone themes” which includes the countries in which the official language is Portuguese.

Another goal is to provide short-term (four months) scholarships for Portuguese researchers interested in visiting American institutions to conduct research in the areas of social sciences and the humanities.

As part of the program, through the Grants for Short-Term Research in Portugal and/or Lusophone Africa program, CAORC has created in Portugal the Center for Lusophone Research (CLR) dedicated to foster the development of research projects in Portuguese universities and research centers.

Based in Portugal, the Luso-American Development Foundation (FLAD) is a grant making organization dedicated to funding initiatives to promote scientific and cultural exchanges between Portugal and the United States.

Deadline for applications for the current FLAD-COARC Grant Program  is July 15, 2013.