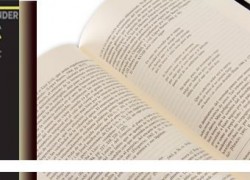 Spanish and Portuguese letters scholar, Stephen Reckert, died in Lisbon age 86. Born in Indiana (USA), he was a former Camões Professor of Portuguese (Emeritus) at the University of London, UK, and Honorary Research Associate at Institute for the Study of Symbology of Lisbon, Portugal. From 1958 to 1966, he was the Chair of the Department of English at the University of Wales in Cardiff, UK.

A graduate from Yale University and Trinity College, he became a researcher of Spanish and Portuguese literature, specializing namely in Spanish poet Francisco Medrano and Portuguese authors Gil Vicente and Cesário Verde.

A member of the Spanish Royal Academy and the Portuguese Academy of Sciences, he was also fellow at the Hispanic Association of Medieval Literature. A collaborator in the British Encyclopedia, he authored many books and published numerous works in literary magazines.

Stephen Reckert was also a visiting professor at the Universities of Madrid, New Lisbon, Coimbra, Evora, Porto, Madrid, Seville, Rome, Krakow and Warsaw. In 1980, he participated in the creation of the Office for the Study of Symbols, New University of Lisbon.

He was laid to rest, Saturday, in Cemitério dos Olivais, in Lisbon, Portugal.