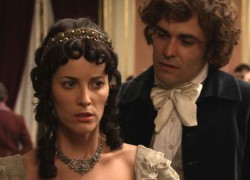 The film Mysteries of Lisbon, by Portuguese producer Paulo Branco and Chile-born director Raul Ruiz, was the winner Monday of the 2011 Satellite Award for Best Foreign Film by the International Press Academy (IPA). The film The Descendants won the Best Motion Picture and Adapted Screenplay Award.

The film, an epic drama set Portugal around the turn of the 20th century, spans across Europe (Portugal, France,Italy) before ending in Brazil. Originally adapted for a TV series, from a novel by Portuguese writer Camilo Castelo Branco (1825-1890), it was later re-adapted for the big screen.

IPA is an organization of American and foreign journalists based in the United States which recognizes achievements in the fields of cinema, television, radio and new media. Members include working freelance and staff writers, bloggers, broadcasters, and photographers from more than 20 different countries as well as the US and territories. Originally known as The Golden Satellite Awards, the name was changed to Satellite Awards in 2003.

Mysteries of Lisbon has premiered in the United States in August and has been distributed nationwide by Music Box Films. For locations and playdates check Music Box Films here >>

Best Animated or Mixed Media: “The Adventures of Tintin”

Best Original Song: “Lay Your Head Down” from “Albert Nobbs”