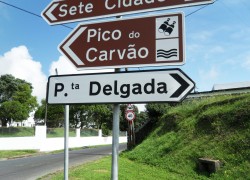 SATA International announced changes in its Fall and Winter schedule for the 2010-2012 season, effective immediately.

According to the new schedule, flight S4221 to the United States (Lisbon/Ponta Delgada/Boston) will depart from Lisbon two hours and forty-five minutes earlier.

Also, according to the new schedule, SATA International flight S4129 Lisbon/Ponta Delgada and flight S4128 Ponta Delgada/Lisbon will take off one hour earlier.

The new schedule will allow passengers to arrive in Boston on time to board connecting flights to other destinations in the United States avoiding staying overnight in Boston.

All packages depart from Boston’s Logan Airport and include round-trip, non-stop, six nights lodging and daily breakfast. Availability and cost depend on choice of hote (s), the island(s) visited, and travel dates.

Flights depart and return on Tuesday and Fridays and passengers can upgrade from coach to SATA Plus Business-Class for just a few hundred dollars each way. Children under six stay free, and pay only a child’s airfare.

The National Geographic Center for Sustainable Destinations recently named the Azores islands as the world’s second most appealing islands destination in its fourth annual Destination Scorecard survey. A panel of 522 experts reviewed conditions on 111 islands and archipelagos. The Azores received the title of “Authentic, unspoiled, and likely to remain so.”