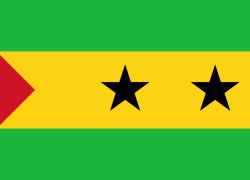 The National Electoral Commission of  São Tomé and Príncipe has confirmed the victory of Manuel  Pinto da Costa, in the second round of voting, with a total of 52.88% of  the total votes cast.

According to the Journal ST, the president elect will succeed the current President, Fradique Menezes, and will take office for a five year term, on September  3.

The contenders were Evaristo Carvalho of the Independent Democratic Action (ADI) and Manuel Pinto da Costa an Independent candidate and the first president elect after the  country’s independence from Portugal in 1975.

A final second round of elections to decided a winner were held Sunday, August 7, after São Tomé and Príncipe went to the polls on July 17 to choose a president out of 10 candidates.

On the first round of elections, the former president Pinto da Costa polled 35.85% and Evaristo Carvalho polled 21.82% plunging both candidates into a second round to decide on a clear winner.

Over 900,000 voters were expected to cast their votes for the second round though a majority boycotted the first round.