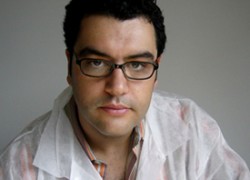 Portuguese neuroscientist Rui Costa from the Champalimaud Center for the Unknown and principal investigator of the Champalimaud Neuroscience Programme at the Instituto Gulbenkian de Ciencia (IGC), in Portugal, and a team of neuroscientists at the University of California, Berkeley, have demonstrated that the brain is more flexible and trainable than previously thought.

Their research, published in the March issue of the online journal Nature, opens the door to the development of thought-controlled prosthetic devices that could restore mobility to people with motor skills impairments.

Previous studies have failed to rule out the role of physical movement when learning to use a prosthetic device. Researchers hope these findings will lead to a new generation of prosthetic devices that feel natural. The discovery could also help dementia research by allowing scientists to develop ways to enable patients to re-learn old skills.

He has received several prizes, including the Young Investigator Award of the American National Foundation for Neurofibromatosis, in 2001, and was a finalist of the Donald B. Lindsey Prize of the American Neuroscience Association, in 2003. In 2009, he returned to Portugal, where he is Principal Investigator of the Champalimaud Foundation Neuroscience Programme at the Instituto Gulbenkian de Ciencia. In 2009 he was awarded a Marie Curie Re-Integration Grant and the prestigious1.6 million euro European Research Council Starting Grant.