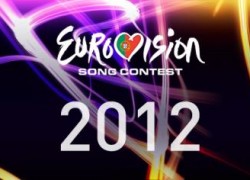 The Portuguese national broadcaster Rádio Televisão Portuguesa (RTP) has announced its forthcoming Festival da Canção, for the 2012 Eurovision Festival contest, will be held on March 10, 2012.

The winner will represent Portugal at the 2012 Eurovision Song Contest to be held in Baku, following Azerbaijan’s win in the 2011 Contest with Ell & Nikki’s song “Running Scared.”

Earlier this year, the musical troupe “Homens da Luta” represented Portugal in the Eurovision Song Contest 2011 with the song A luta é alegria, where they finished 18th in the first semifinal.

RTP is calling for singers and artists to submit their applications in their quest to compete at the 2012 Eurovision final Festival da Canção. Contestants are invited to apply through the RTP official website before December 31.

Singers must be Portuguese citizens and must be able to sing in Portuguese or in a foreign language. Performers can use musical instrument during the audition. The songs must be no more than 3 minutes long and have to be in Portuguese. Artists who already have released albums and are well known can send in their cds to RTP and will not have to go through the audition.

Contestants will be called for a special audition that will be held on the 5th-6th January in Lisbon and on the 9th-10th January in Porto. A special jury along with RTP will choose 12 candidates and will announce the names of these potential artists on the RTP official website.

Another 5 candidates will be chosen by the jury as reserve candidates just in case any of the initial 12 selected are unable to compete at the 2012 Portuguese final. After the official announcement of the 12 candidates RTP will then invite 6 composers from various musical fields to compose the songs.

RTP holds the right to invite more composers if the need is required, in order to come up with suitable songs. Composers and authors will have to create their new songs especially for the 12 lucky potential candidates, in order to suit their vocal skills.

RTP has hired 2 music producers to work in coordination with the composers in order to give the final touches to the 12 candidate entries and come up with the best results.