Robert Simon: A lover of all things Portuguese – Interview 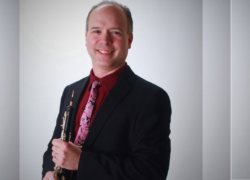 Meet Robert Simon, a professor at Kennesaw State University where he teaches Portuguese, Hispanic and Lusophone cultures and literatures. He is also a poet and literary critic, authoring books and articles on the poetries of Angola, Portugal, and Spain. With compositions in three languages: English, Portuguese, and Spanish, Simon’s work often deals with themes of love, travel, and in his own words, “self-imposed barriers to interpersonal relationships and communication.”

In this interview with Millicent Borges Accardi, Robert Simon speaks of how he found Fado and became a Fado singer, of learning Portuguese as a second language to becoming a teacher of Portuguese and Lusophone cultures and literatures, to writing poetry in Portuguese and translating the language into English.

Q: What inspired you to become a professor? Particularly, Portuguese.

A: Part of it had to do with my natural aptitudes. I love to read, write, and study, then tell people about it. It’s an added plus if I get to perform as well. So, becoming a professor felt very natural, and in a logical way made sense!

Q: What attracts you to the language?

In 2002, a friend in graduate school at the University of Texas – Austin said I should learn some Portuguese, since it was the second language in the Department (of Spanish and Portuguese), so, just before Spring Break, on a trip to visit my aunt in Houston, I bought a CD of Portuguese music, so I could get the hang of the cadence and sounds. When the CD reached the Fado portion, and particularly “Estranha Forma de Vida” sung by Amália Rodrigues, I had to stop the car because I was crying so hard, I could not see the road. In that moment I knew I had to find out what about the music, language, and expressive modes I heard could move me so deeply.

Q: How did you learn Portuguese? Is it your first language? Second?

A: I spent a week, eight hours a day, the Spring Break of 2002 to become minimally conversant in Portuguese (Lisbon variant, although many people have told me I sound a little Azorean as well). I took some introductory, graduate-level courses in Luso-Brazilian literatures (early Modern and Modern).

Then in 2003, I studied at the University of Lisbon. By the time I returned, I had achieved the appropriate level of knowledge and proficiency to teach Portuguese. ACTFL has rated my proficiency level as “Superior,” which of course is a great honor! It’s my third language of fluency at the Superior level or higher, after (American) English and (European) Spanish.

Q: As a university professor, do you incorporate Portuguese and Portuguese-American literature in your courses?

A: I do! In my Portuguese and Lusophone Literatures courses, obviously, but also in courses I have taught in English, such as an Introduction to Mystical Literatures, Introduction to World Cultures (with a two-week unit on the Lusophone Sphere, including Luso-American communities from California, Georgia, and New England).

Q: Why do your students study Portuguese? Is it for work? Their family heritage? Travel?

A: I feel like most take it for personal reasons, not professional ones. Either they have family from a Portuguese-speaking country, they are in a relationship with someone who speaks Portuguese or, like me, they have had an experience that led them that direction. The few who have professional interests in Portuguese generally develop those later.

Q: You are also a writer, as well as a professor. Your most recent poetry collection, An Ode to Friendship the Portuguese-American writer Sam Pereira states it is a “deliciously subtle agony, recognizing how tears and tears can intersect, causing delight in the midst of despair.” Can you describe the impetus for your book?

A: In 2018, I decided to fulfill my life dream of earning my music degree in Oboe Performance. I had originally intended to study music in college back in 1995 but was talked out of doing so and ended up studying Literature. Although more than happy with my career to this point, the desire to “scratch the itch,” so to speak, stayed with me.

Of course, I had attempted to fill that emptiness in other ways, like singing Fado in various restaurants in the Atlanta area (until the bottom fell out of that market in 2015), joining the Atlanta Freedom Band as an oboist, etc. In any case, when I began studying again, at 42 and as a tenured faculty member in the same institution.

Q: How does An Ode to Friendship address the different aspects of friendship?

A: The book was originally a short series, meant to come out as a chapbook, on a failed friendship, one which began as very open and meaningful conversations between two people but, ultimately, ended with one entirely pushing away the other, and neither really understanding why. This happened in large part because each party was dealing with their own past and present traumas and did not develop a space for a healthy dialog. These poems are found mostly in the beginning but also find themselves interspersed throughout the collection.

Yet, there are so many successful friendships that the book does celebrate, mutually supportive, actively dialogic friendships which help us to work through terrible times. These are generally the poems dedicated to several individuals, mostly in the section titled “Cenas de amizade.”

Finally, the friendship my daughter and I share, the most crucial and emotionally charged, shares several poems mostly toward the end of the text. Again, all of these happen in the context of a difficult and complex moment in my own life, all feeding into a multifaceted, pluralistic poetic conversation.

Q: Your language (in your poetry) tends to be formal. How do you decide what tone and language should be used for a poem?

A: I am a big fan of traditional and more contemporary, internal rhyme schemes, and especially of the works of Emily Dickinson, Florbela Espanca, Sylvia Plath, Fernando Pessoa, Teixeira de Pascoaes, José Hierro, Ana Rossetti, Pedro Mexia, Blanca Andreu, all of whom utilize a combination of very formal language and tone with informal elements of the same.

This creates an oddly comforting distance, as well as a musicality both unique to each poet and their context. Given the nature of contemporary poetry in English (with an avoidance of traditional rhyme while playing constantly with internal rhyme), along with my own preference for formality in writing (except when texting, of course), I felt it a comfortable space for expressing my themes.

Q: What does An Ode to Friendship say about transition? Does it deal with different kinds of human transitions?

A: It does! As part of the human experience, we move between states and periods, usually in a fluid manner with superficial breaks (i.e., by the time we give our two-week notice, we have generally meandered through a process of realization / precontemplation; doubt, anxiety, and fear, or contemplation; acceptance and preparation; and action).

The collection tries to reflect on this in the narrative structures of the divorce and the broken friendship, in which you realize something is wrong, feel your way through the issue(s) involved, then act to make a change, and finally work to ensure you do not fall into that sort of situation in the future. For me, my friends’ presence and support gave me the strength to make a change, while my daughter’s presence in my life gave me the impetus and foresight to avoid pitfalls.

Q: You have written books and articles on the poetries of Angola, Portugal, and Spain. What are some of the universal or cultural themes they share?

A: So, first, I do not want to fall into a sort of reductivism (i.e., “cultures are complex, cultures value families, School is important, etc.”) found in so many textbooks on Intercultural Competence … Many times, I tend to see the differences. Portuguese literature’s focus on saudade, Angolan writers’ emphasis on contemporary issues of equity and the complexities of a Luso-African postcolonial sociopolitical context, Spanish literatures (and there are several of these) regional and transhistorical foci, since the similarities can, and have, unfortunately led to a neo-colonial mindset of oversimplified human experience.

In terms of similarities, the big one is that, in each of their geopolitical and geosocial spheres, each country (and the nations to which these countries are beholden) find themselves in a less-than-advantageous position. This lends their literary discourses to a recognition of a relative powerlessness when confronted with the outside. Each reflects on this in its own way, very uniquely and with only a few symbols in common. My own research on mysticism has managed to encounter these, but only because they are rooted in a much older tradition to which they all somewhat tangentially belong.

Q: You and I met at an American Portuguese Studies Association (APSA) conference in Iowa City many moons ago– can you talk about your participation in APSA?

A: We did! It was such a pleasure meeting you then!

I have participated in APSA Conferences since 2004, missing only a few. The papers I have presented are (as copied from my CV): “The Transnational Mystic: Manual para Amantes Desesperados” by Ana Paula Tavares; “GAPPA and the Year of the Portuguese Speaking World” at Kennesaw State University; “Language and A Nação: The Portuguese language and Angolan National Identity” through the poetry of Ana Paula Tavares and Luís Kandjimbo; “Known Paths, New Trajectories: Three New Voices in Portuguese Poetry” and “Two Lisbons, Three Writers and a Bird: The Postcolonial Voice in “Primeira Canção de Lisboa” by Portugal’s Joaquim Pessoa; and “Lisboa” by Angola’s Luís Kandjimbo.

Q: What would be your dream course to teach in Portuguese Studies?

A: That’s a tough question, I feel like simply having the opportunity to teach about Portuguese-Speaking Cultures is the dream made reality! If I had to choose, though, it would be a course on Contemporary Poetry of Angola and/or Portugal.

Q: As a poet, do you often incorporate poetry in your language classes? As a way to understand culture? Perhaps as an entry to a culture?

A: All the time! Poetry at every level, from a few short verses in the introductory courses to whole literary movements at the advanced level, are an integral part of any cultural matrix and need to be both present and understood. They also help with spoken cadence (as poetry is always an oral/aural medium first), pronunciation, and lexical choice (i.e.,  I ask questions like: why does Sophia de Mello Breyner Andresen, in her poem “As Fontes”, write in verse 6: “a plenitude, o límpido esplendor” rather than something less formal or uncommon, like “a perfeição, o brilhante fulgor”? What does each of these words, “plenitude”, “límpido” and “esplendor” do differently in the poem?)

Q: What Portuguese events do you or have you participated in?

Let’s close the interview with one of your poems from the book, Poems of a Turning Professor (2015):

If love is to be a house,

And a shared plum,

If the night were to open itself to us,

Man and woman, in the non-emptiness,

If the vagary of a blue room

Doesn’t spill into the old cup of wine,

Then, our hands burn

For the white colors placed before,

And then, our bold words

Will cover our flush eyes,

And, finally, on distanced tongues

There will be a rounded scream called night

And, finally, that other tree, Orange colored,

Will make the cup shudder and the clear day break.

Millicent Borges Accardi, a Portuguese-American writer, is the author of four poetry collections, most recently Through Grainy Landscape (2021) and Only More So (Salmon Poetry, Ireland).  Her awards include fellowships from the National Endowment for the Arts, Fulbright, CantoMundo, Creative Capacity, the California Arts Council, Foundation for Contemporary Arts (Covid grant). The Corporation of Yaddo, Fundação Luso-Americana (Portugal), and the Barbara Deming Foundation, “Money for Women.”  She curates the popular Kale Soup for the Soul reading series.