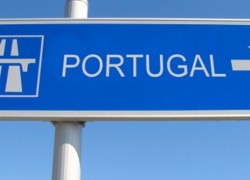 The European Commission has decided to take Portugal to the Court of Justice of the European Union because Portugal has not adopted and notified compulsory guidelines for the application of safety management procedures for road infrastructure in the trans-European network (TEN-T).

The adoption of these guidelines would save more lives on Portuguese roads, reinforcing the trend in Portugal towards fewer deaths on the road.

The main purpose of Directive 2008/96/EC is to establish management procedures ensuring that the road network is safe. For new roads, it provides that safety impact assessments and audits have to be carried out at different stages of planning and construction work.

To ensure a proper application of the directive, Member States are obliged to establish guidelines laying down the practical steps to be followed by national authorities or infrastructure managers in assessing the safety of roads. Without such guidelines, Directive 2008/96/EC risks not being applied uniformly and correctly.

The deadline for adopting the guidelines was 19 December 2011, and they should have been communicated by 19 March 2012 to the Commission.