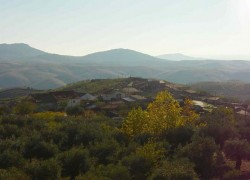 Global mining giant Rio Tinto is said to be investing about 3.5 billion-euro in Torre de Moncorvo, in the Trás-os-Montes of northern Portugal, reported LUSA news Thursday, citing an unnamed source close to the negotiations.

Torre de Moncorvo mines are considered to be among Europe’s largest iron and ore deposits. At least 500 jobs will be created the source said.

Portugal’s Minister of Economy and Employment, Álvaro Santos Pereira, was also cited as having confirmed the government negotiating a multimillion-euro investment for the country’s mining sector, with one of the world’s largest mining companies, but without naming the company, the report said.

The mining project would be the largest foreing investment project in Portugal hinted Minister Álvaro Santos Pereira earlier, at the end of September, on a Portuguese television program, without giving further details.