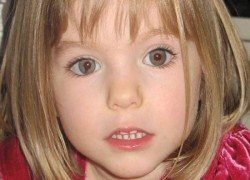 It turns out that Kate and Gerry McCann suppressed for five years ‘critical evidence’ that became the centerpiece of the recent BBC Crimewatch program on the disappearance of their daughter Madeleine.

Findings by ex-MI5 agents long kept under wraps by the McCanns included the two e-fit images described in the Crimwatch program by Scotland Yard’s Detective Chief Inspector Andy Redwood as of “vital importance.”

The images are of a suspected kidnapper seen by an Irish family in Praia da Luz the night Madeleine went missing.

They were given to the McCanns by a handpicked team of investigators from Oakley International hired by the McCanns’ “Find Madeleine Fund” in 2008.

Henri Exton, an MI5’s former undercover operations chief who led the team, told the Sunday Times he was “utterly stunned” when he watched the Crimewatch program and saw the evidence he had passed to the McCanns presented as a new breakthrough. 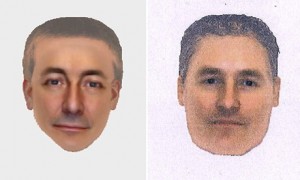 Efit images of the man who police want
to contact over the 2007 disappearance of Madeleine McCann in Portugal.

He said the fund had silenced his team with a lawyer’s letter binding them to the confidentiality of a report they had compiled that contained controversial findings. Mr. Exton said the legal threat had prevented them from handing over the report to Scotland Yard’s investigation until detectives had obtained written permission from the fund.

The Oakley International report, delivered in November 2008, gave little credibility to Jane Tanner’s 9.15pm sighting and focused instead on the 10pm sighting by the Irish Smith family. The investigators recommended that their e-fit images be released without delay.

For some reason the images were not published even in Kate McCann’s 2011 book Madeleine, though it devoted a whole section to eight “key sightings” and carried e-fits on all of them except the Smiths’.

In its Insight report, the Sunday Times quoted one of the Oakley International investigators as saying: “I was absolutely stunned when I watched the program . . . It most certainly wasn’t a new timeline and it certainly isn’t a new revelation. It is absolute nonsense to suggest either of those things . . . And those e-fits you saw on Crimewatch are ours.”

The hushed-up report is said to have questioned parts of the McCanns’ evidence, contained sensitive information about Madeleine’s sleeping patterns and raised the highly sensitive possibility that she could have died in an accident after leaving the apartment herself from one of two unsecured doors.

The Sunday Times quoted a source close to the Find Madeleine Fund as saying the report was considered “hypercritical of the people involved” and “would have been completely distracting” if it became public. 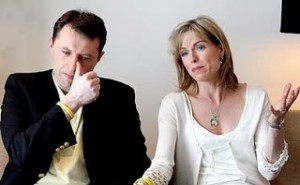 Kate and Gerry McCann, the parents of Madeleine.

In fact, the Portuguese lead detective Gonçalo Amaral considered the Irish sighting to be very important back in May 2007 when the Smith family first reported it to the Polícia Judiciária. Details of the sighting and ‘hypercritical information’ were in the public domain early in January 2008, three months before the Oakley team arrived on the scene.

“How could the casting director not know of his background when they picked him? It’s all over Google. Did no one check? It is unbelievably stupid,” an agent, who did not wish to be named, told the Daily Star.

Meanwhile, although a new Portuguese police investigation only became official last week, a PJ team in Oporto in the north of Portugal has been reviewing the case for some time, and another PJ team in Faro in the Algarve has been assisting Scotland Yard with their inquiries. It is believed that the new Portuguese investigation will be conducted by group of PJ detectives working independently of Scotland Yard.

Things seem to be hotting up, though there is still no end to the mystery in sight.