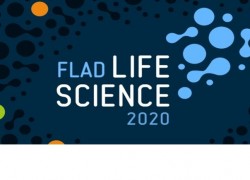 The Luso-American Development Foundation (FLAD) has announced the launching of the “FLAD Science 2020 Prize”, worth €800,000, to be awarded to Portuguese scientists working collaboratively with research institutions in the United States dedicated to the study of basic and applied research projects in the human health sciences.

According to FLAD’s executive president, Vasco Rato, “Portuguese scientists working in institutions in Portugal in collaboration with US scientists are eligible.” The prize, extended for a four year period, is earmarked €400,000 for a research project in the health sciences and €400,000 for a clinical research project regarding diseases that affect the Portuguese population.

The prize  is the largest awarded for scientific research in Portugal. All research projects in biomedical sciences will be considered eligible for funding.

The jury will be chaired by Maria Mota of  Lisbon University, an expert in the study of malaria. Other members of the Jury include Rui Costa, of the Champalimaud Foundation, and Sangeeta Bhatia, a bioengineering professor at Massachusetts Institute of Technology.

Applications must be submitted before October 20, 2014. Applicants will be notified in mid-December. Candidates must hold an MD, PhD, or equivalent degree, and must be employed by a Portuguese institution (public non-profit, private non-profit, or government) engaged in health care and/or health related research. Eligibility is not restricted by citizenship.

Based in Lisbon, Portugal, the Luso-American Development Foundation (FLAD) is a grantmaking organization dedicated to funding initiatives to promote scientific and cultural exchanges between Portugal and the United States.