Report: Unemployment rate down to 13.9 % – Portugal 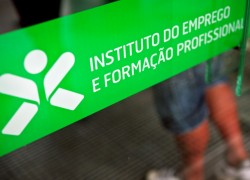 The total with a job rose by 2.0%t both from the level in the first quarter and over 12 months. There were 728,900 unemployed registered in the second quarter, down 59,200 in the quarter and 137,900 on the year, it was reported. Portugal’s total population is estimated at about 10,600 million.

Portugal’s largest trade union federation, the CGTP, has dismissed official unemployment figures released by the National Statistics Institute that show a jobless rate of 13.9% in the second quarter, saying the real rate is almost 23%, one of the highest in the European Union.

The Portuguese government and the European Commission had predicted unemployment in Portugal would fall to 15.4% by the end of the year, down from 16.3 % at the end of 2013.