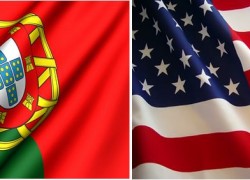 The United States and the United Kingdom are the countries where the most qualified Portuguese emigrate, concludes a study sponsored by Lisbon based Luso American Development Foundation (FLAD).

Compared to other nationalities the Portuguese are the less qualified. In 2001 only 11% of the Portuguese immigrants in the country held a college degree and that 41% were unskilled workers in manufacturing and transportation, it was reported.

Of the total Portuguese population and their descendants, 60% are concentrated in California and Massachusetts. Of those, 37% live in the New England states of Massachusetts and Connecticut; 37% in the Mid-Atlantic states of New Jersey and New York; and 15% in the Pacific region states of California and Hawaii.

The study has also concluded that after France (588,276) and Switzerland (194,940) the United States is the third country in the world with the largest Portuguese born population (1% of its total immigrant population) and that only about over a million Americans are of Portuguese descent.