Report: Portuguese is the third most used language on Facebook – Socialbakers 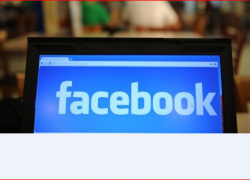 The other languages in the list are French, Indonesian, Turkish, German, Italian, Arabic and Chinese, which occupies the 10th position with 20.1 million users.

Portuguese and Arabic are the two languages that have grown faster on Facebook, the site revealed. The social network is currently available in over 70 languages

Portuguese has grown significantly on Facebook, due to an increase in Brazilian users, with Brazil ranking second in the list of nations with most Facebook users, after the United States.

Brazil has increased its Facebook base by 13 million users, only in the past six months, which caused the Portuguese language to grow by eight times since May 2010. In November 2012, the number of Portuguese speaking Facebook users had increased to 58.5 million.

Brazil has the fifth-largest population in the world, and ranks among the top countries in Internet usage: in 2011, there were more than 80 million internet users, which is almost half of the country’s population.

As Facebook has continued to grow throughout the world, besides Brazil, the social network is also growing fast in countries such as India, Mexico, Indonesia and regions in Africa.