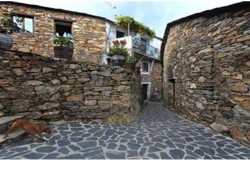 Portugal has the third highest level of household income inequality in the European Union, behind Latvia and Lithuania, according to a study by the consultancy firm Accenture.

Portugal’s richest 20% notch up six times the level of income of the poorest 20%.

The Gini Index measuring the discrepancies between the rich and poor comes in at 33.7% for the country against a European average of 30.5%.

The risk of poverty afflicts some 43.4% of Portuguese citizens, although social security payments offset this and lower the rate to 17.9%.

According to the reprot, 35% of Portugal’s elderly population living alone is classified as poor against a European average of 24%.

The report also traces the consequences of the major imbalances in population resulting from decades of rural desertification that have left Greater Lisbon and Greater Porto, geographically just 2.4% of the country, home to 31.5% of national residents.

This has further complicated the state’s efforts to effectively provide social services.

While a family GP in Greater Oporto cared for an average of 145 patients in 2010, colleagues in the Alentejo Litoral region recorded an average of 757.

Desertification has driven wild fluctuations in population densities with the 5,000 plus per square km in metropolitan areas plummeting to just seven in rural inland councils such as Alcoutim, Mértola and Idanha-a-Nova.

In the United States Inequality also widened as household incomes fell for the second straight year in 2011. The decline was most pronounced in the West. An index that measures income inequality increased by 1.6 percent between 2010 and 2011. It’s the first time since 1993 that the Gini index has increased year-over-year, according to Census Bureau officials.

The Gini index measures the extent to which the distribution of income or consumption expenditure among individuals or households within an economy deviates from a perfectly equal distribution.

Accenture is a global management consulting, technology services and outsourcing company, with more than 249,000 people serving clients in more than 120 countries.

Poverty flat in the US, but incomes drop, government says

Report: Portugal holds one of the biggest gaps between rich and poor – OECD