Report: Portugal holds one of the biggest gaps between rich and poor – OECD 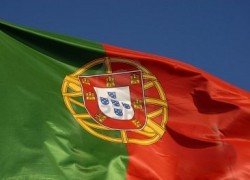 Portugal is one of the countries of  the Organization for Economic Co-operation and Development (OECD) with the biggest gap between the rich and the poor, according to a quality of life report released by the Organization.

The OECD released Monday a new version of its pioneering Your Better Life Index— an online, interactive index that allows people to measure and compare their lives in a way that goes beyond traditional GDP numbers.

In the study released last year by the OECD – Divided We Stand: Why Inequality Keeps Rising – Portugal remained one of the most unequal countries in the developed world, and the most unequal among the European economies.

The Better Life Index said Portugal had made “considerable progress” over the past years to modernize the economy and improve citizens’ quality of life, despite the crisis having weakened the country’s growth.

Average salaries in Portugal were 14,662-euro compared with an OECD average of  17,917-euro, but there is a great gap in wages as the richest 20% earned six-times more than the poorest 20%.

Good education is essential for finding a job, but only 30% of adults between 25 and 64 years of age in Portugal have completed secondary school, well below the OECD average of 74%, the report said.

The youth joblessness rate is in double digit rates in most OECD countries and two to three times that of adults, it was reported.

According to the OECD findings, “Despite today’s high unemployment rate, a lack of skilled workers means many vacancies remain unfilled. Even at the height of the crisis, more than 40% of employers in Australia, Japan, Mexico and The United States said they couldn’t find people with the right skills.”

There were also glaring gender differences with women, spending over five hours a day on domestic chores, and men, who spent little more than an hour and a half, cooking, cleaning or caring for children.