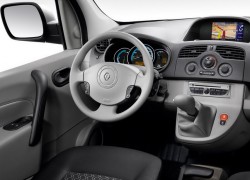 Over 750 journalists from across the globe will gather this weekend at the coastal resort town of Cascais, near Lisbon, as part of Renault’s product launch campaign for the world’s first range of electric cars, said Thursday Ricardo Oliveira, Communications Director for Renault Portugal S.A.

Two new Renault electric models, Fluence and the Kangoo, will be launched in Portugal next Monday for sale this month.

Oliveira said the choice of location was “connected to the involvement of Portugal in the development of electric mobility” as well as “Lisbon bringing together a range of conditions, from hotels, to a good road network, prices below central Europe and a pleasant climate.”

The development and production of electric-powered vehicles was a key strategic decision of the former Socialist government of Prime Minister José Socrates.

As part of the project, a Renault-Nissan lithium battery factory was built in the northern town of Cacia, Aveiro. The plant, with a total capacity of 50,000 units a year , will supply batteries for the Renault Fluence Z.E. and Kangoo electric vehicles.

Renault-Nissan CEO Carlos Ghosn has set big electric-vehicle goals for the two companies. By 2015, the Renault-Nissan alliance hopes to have capacity to produce 500,000 electric vehicles and batteries at plants around the world.

Renault expects 2011 to be another record year for its new-car sales despite uncertainty over the global economy, according to Chief Operating Officer Carlos Tavares.

“We will break last year’s record. Last year we sold just over 2.6 million cars. This year we will sell a few percent more, ” Tavares told Automotive News Europe in a recent interview.