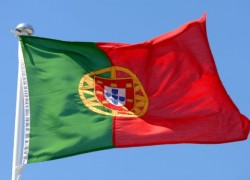 Remittances from Portuguese living abroad went up 9.12% in the first five months of the current year to €1.14 billion, according to figures released by the Band of Portugal (BP).

France and Switzerland were the countries where Portuguese emigrants sent most money back between January and May, €76.8 million and €53 million respectively.

Portuguese who have settled in countries of the European Union (EU) have sent €661 million to Portugal between January and May this year, 9.2% up compared to 12 months earlier and a little over half of all the emigrant remittances.

As for immigrants from other countries living in Portugal €221 million were sent home less 1.4% compared to the first five months of 2012.

Last year, data from the Bank of Portugal had revealed that remittances from the Portuguese living abroad had increased 12,6%, between January and October of 2012, to total of €2,254 million, representing € 253 million more over the same period of 2011.

The data revealed that remittances from immigrants in Portugal to their countries of origin had accounted for €437 million in 2012.