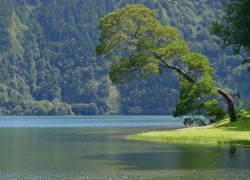 The Azores islands are hosting this week the 12th meeting of the East Atlantic Biosphere Reserve Network (REDBIOS) under the auspices of the UN Educational, Scientific and Cultural Organization (UNESCO).

The meeting, taking place September 22-26 on Faial, São Jorge, and Pico, will be attended by representatives from the World Network of Island and Coastal Biosphere Reserves (WNICBR).

The event is co-sponsored by the Government of the Azores and the “Man and the Biosphere Programme” (MAB) established by UNESCO in 1971 with the mission “to establish a scientific basis for the improvement of relationships between people and their environments.”

The meeting will consider knowledge transfer, exchange of experiences, and new opportunities for cooperation between REDBIOS biosphere reserves, paying particular attention to the potential contribution of European cooperation programs, such as the Transnational Cooperation Programme Madeira-Azores-Canary Islands (PCT-MAC), to the REDBIOS network and its projects.

Participants will also examine new and planned applications for biosphere reserves, particularly from Cape Verde and the Azores and will address future relations with other regional and thematic networks on biosphere reserves.

Three of the nine islands belonging to the Azores archipelago, namely Corvo, Flores and Graciosa, have been classified as “Biosphere Reserves” by UNESCO.