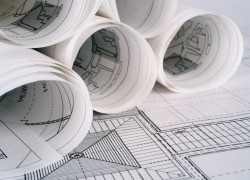 More than 40% of Portugal’s 20,000 architects run the risk of unemployment due to falling public and private investment, the head of the sector’s professional organization said Wednesday.

João Belo Roseira told Lusa news that many young architects could not find first employment and that many others were being forced to emigrate due to the recessionary climate.

Roseira said official figures indicated that 10% of the country’s architects were unemployed, but that the real figure was “frankly greater.”

“It’s a situation that has worsened over the past two to three years,” he said. “At the moment there is very little investment by the state and by the private sector.”

Recently, Portuguese Finance Minister, Vítor Gaspar, has forecast the economy would suffer its deepest recession for 30 years, with the economy contracting by a total of 5 per cent over 2011 and 2012. Unemployment would reach a record 13.4 per cent next year, he added.