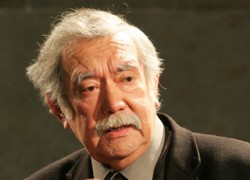 Based on a novel by Portuguese 19th century writer, Camilo Castelo Branco,”Mysteries of Lisbon” is currently in cinemas in the United States, where it premiered on August 5, in New York.

In France, where the film was released recently, it was seen by more than 100,000 viewers. The film was also released in Spain, Taiwan, Switzerland and Belgium.

Born in Chile in 1941, Ruiz directed more than 100 films, including the most acclaimed Time Regained, Klimt, Genealogies of A Crime, Three Lives and Only One Death, The Hypothesis Of The Stolen Painting, Richard III, Shattered Image, The Golden Boat, and The Penal Colony.

He wrote and directed for the stage and taught film studies at international universities studies, including Harvard University in the United States.

Most recently he directed a feature about the life of French novelist Jean Giono and one based on the memoirs of Napoleon’s generals.

Ruiz was born in Chile in 1941, and left the country during Pinochet’s fascist coup of 1973 and has lived in Paris since.

Ruiz is survived by his wife Valeria Sarmiento, also a film director and editor.

A funeral ceremony will be held on August 23, at 10.30, at the Chruch of Saint-Paul in Paris. Raul Ruiz will be buried in his native Chile.