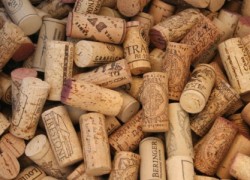 The Portuguese Cork Association (APCOR) won the Special Environmental Award at the 2011 PRWeek Awards, promoted by New York based PRWeek Magazine, for its cork promotion campaign “I Love Natural Cork.”

The objective of the campaign was to increase, broaden and secure the market for natural cork as the wine closure of choice in the UK.

Within 18 months APCOR public relations campaign contributed to a 50% increase in sales of natural cork closures in the UK.

The ACOR campaign was based in a study by Grayling, a public relations company, concluding that consumers’ purchasing choices could be influenced if they knew more about the environmental advantages of cork. On the other hand, it was important to stress that it is not necessary to cut trees to extract the cork.

Grayling worked with web design agency Rehab to develop the ilovenaturalcork.co.uk and a Facebook fan-page to build a community. This activity was supported with press trips to Portugal’s cork forests.

Winning a PRWeek award is the highest accolade in the public relations industry, given each year to the best corporate, nonprofit, agency, and education teams, and the work that they produce. There are only 33 trophies awarded every year.

These awards are equivalent of the film industry’s Oscars and recognize consultancies that have illustrated a strategic approach to public relations, breakthrough thinking, creativity, integrity and effectiveness.