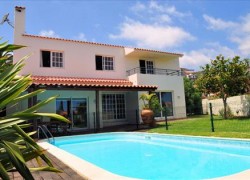 Property prices fell in all regions across Portugal – except in Madeira – where the average price of a home increased by an impressive 1.8 per cent year-on-year.

According to Morgan Forbes, an investment company based in Funchal, Madeira property prices increased last year despite the general Portuguese housing downturn and the recent devastation caused by flooding rain and landslides.

According to the source,  the latest data from the National Institute for Statistics (INE) show that average Portugal property prices declined by 3.2 per cent last December compared to the corresponding month in 2009.

Overall, property values in Madeira have remained stable during the recent global economic downturn, and Portugal’s political and  economic crisis, making it an attractive option for investors.