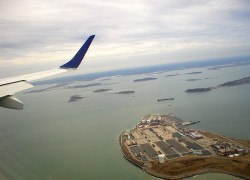 The new program is being implemented by Direcção Regional das Communidades (DRC), headed by Dr. Graça Castanho.  DRC is the government office in charge of coordinating relations between the Regional Government of the Azores and the Azorean communities worldwide.

Most deportees are Azorean-born children of legal immigrants from the Azores that were not naturalized American or Canadian citizens at the time they broke the law.

“LEGAL” aims to prevent further deportations by raising the awareness of the Azorean-born resident communities in the United States and Canada by advising those who are not naturalized citizens to the consequences of law breaking activities.

The program also aims at raising the awareness of those who don’t hold a legal permanent residency status (green card) in the United States and Canada to become naturalized citizens. “The only way to avoid deportation is to abide the law and become a citizen” – said Graça Castanho.

The new program was launched during a visit to the Azores of Massachusetts Bristol County Sheriff, Thomas Hodgson, responsible for the area detention center that processes deportations.  In a statement to the press in Ponta Delgada, São Miguel, Azores, Hodgson said that deportations from the United States to the Azores have been decreasing.

According to his statement, in 2008 there were 66 deportations, in 2009 the number of deportations decreased to 32, and although the number had increased slightly in 2010 to 43, it was far from the numbers registered in 2008.

In May 30, 2000 the United States and Portugal agreed bilaterally to  a protocol to smooth removal procedures for deportees from both countries.  Since the implementation of the United States’ 1996 Illegal Immigration Reform and Immigrant Responsibility Act, the Portuguese government had raised concerns about the arrival and resettlement of increasing numbers of deportees of Portuguese citizens who had committed crimes in the United States.  Many of the deportees were born in the Azores and after being deported from the United States chose to return to the Azores rather than to “mainland”Portugal.

The transfer of several hundred deportees from the United States over the last few years to the small, isolated islands, where violent crime is almost non-existent,has met with some objections from Azores’ residents. The protocol agreed includes more timely notification by U.S. authorities on the deportation of Portuguese citizens who have committed crimes in the United States.

Data reveal that during the current Barack Obama administration, deportations from the United States have soared to an all-time high of almost 400,000 individuals from all nationalities in the United States.

Deportation is a complex issue. Finding an immigration lawyer or service is probably the best step anyone facing deportation can take. Contacting local bar associations may be a useful first step in finding lawyers who specialize in immigration law, including those who charge reduced fees or no fees at all.