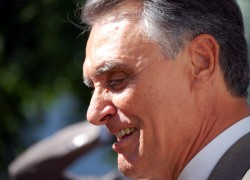 The President of Portugal, Aníbal Cavaco Silva, will visit the Autonomous Region of the Azores on September 20-25.

This is the second time the President of Portugal visits the Region officially. The post of Portuguese President is largely ceremonial since executive power lies with the Prime Minister.

For this visit, the President is scheduled to tour the islands of Santa Maria, São Jorge, Graciosa, Flores and Corvo.

In October 2007, Cavaco Silva visited the Region officially for 5 days, where he participated in the commemorations of 50th anniversary of the eruption of the Volcano of Capelinhos on Faial Island.

At the time of his first visit, the President toured the islands of Terceira, Pico, Faial and São Miguel.

Cavaco Silva, 71, an economist by trade and a former Prime Minister (1985-1995), started his second five-year presidency term in January 2011. His first term as President began in January, 2006.

In 2011, he won the presidential election for the center-right Social Democrat Party (PSD) with 56% of the votes.

The Azores (population 250,000) became an Autonomous Region of Portugal in 1976. Carlos César, from the Socialist Party (PS) is the current President of the Regional Government of the Azores.