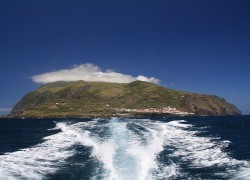 Dozens of pre-Christian hypogea were found in the islands of  Terceira  and Corvo  in the Azores , according to the president of the Portuguese Association of Archaeological Research (APIA), Nuno Ribeiro.

The old monuments are believed to be over 2000 years old. There are also indications that there may be additional hypogea sites on the island of Flores.

“Dozens of these structures are visible, and everything indicates that these are very ancient monuments, found in areas where there was no agriculture,” said the president of APIA.

The monuments in question were found on these two places during an outing that archeologist Nuno Ribeiro made in August 2010. “The structures indicate they were used as burials thousands of years ago,” he admitted.

According to the APIA president, “These kinds of monuments have parallels in the Mediterranean world, and the Greek and Carthaginian cultures, and were used for burials.”  He also acknowledged that the structures may have more than two thousand years,” and noted that the dating “must be substantiated and investigated.”

Speaking of the importance of these monuments, Ribeiro believes that “it is possible that human presence in the islands precedes the Portuguese occupation.”  According to him, a project will be presented by the end of March  to the international scientific community, to ascertain the antiquity of the findings.

The archaeological  findings in the Azores were presented at the XV Congress SUM 2011, Archaeology of the Mediterranean, which was held at the University of Catania (Sicily, Italy), with the particpation of archaeologists from the APIA.