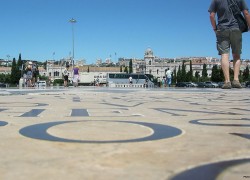 Portuguese labor unions are calling for a general strike for May 6, to protest the waves of government deeper cuts in benefits for the public sector. Workers are also against new austerity measures to be implemented after the June 5 elections.

Deeper cuts in the public sector are expected as outgoing Socialist government will continue to further its fourth austerity package during the upcoming elections season while majority opposition party — the Social Democrats — plan to also further trim the public administration budget.

European Union finance ministers meeting in Budapest on Friday also asked Portugal for tougher austerity measures in addition to those already announced by the outgoing government as a condition to secure a bailout.