Portuguese the most pessimistic amongst Europeans 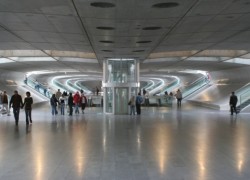 The Portuguese are amongst Europe’s most pessimistic people as regards the continent’s economic outlook, the 2011 Eurobarometer’s spring public opinion report revealed Thursday.

At a time when most Europeans think the worst has past, Portugal with Greece, Cyprus and Ireland, were the most pessimistic European countries, while the most optimistic were Denmark, Estonia, and Austria.

According to the bi-annual EU public sentiment survey, while most Europeans began to show more optimism, 80% of the Portuguese believed  the worst was yet to come and only 15% reported the impact of the crisis in the labor market had already reached its highest point.

The public opinion study also revealed that 43% of Europeans — one percentage point more than last autumn — believed “the worst of the crisis is over,” with most Europeans considering that the impact of the crisis in the labor market had already reached its highest point.

It was also revealed that more Europeans welcome the adoption of austerity measures by the European authorities to overcome the economic crisis and that most believe that a stronger European cooperation will avoid future problems.

Commenting on the study, Viviane Reding, Vice-President of the European Commission, stated that “the latest Eurobarometer survey confirms that the EU is gradually emerging from the crisis. People believe indeed that the EU will adopt effective measures against the crisis and that the economy is on track for recovery. ”

According to the European Commission website, the 2011 Eurobarometer spring survey was based onface-toface interviews conducted between 6 and 26 May 2011, with 31,769 people in the 27 EU Member States and five candidate states.

A 2004 study, conduct worldwide by the Gallup Institute, ranked the Portuguese among the top 5 most pessimistic people in the world, together with Slovakia, Greece, Poland and Ecuador, while Vietnam, Hong Kong, Kosovo, Georgia and Azerbaijan topped the list of the least pessimistic countries.