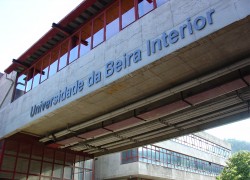 A team of researchers at the University of Beira Interior, Portugal, found coriander to be toxic to a broad range of harmful bacteria.

In a study published in the Journal of Medical Microbiology, the authors concluded that using coriander oil in foods and in clinical agents could prevent food-borne illnesses and even treat antibiotic-resistant infections.

The study not only shows that coriander oil has an antibacterial effect, but that it also provides an explanation for how it works, which was not previously understood.

According to Fernanda Domingues, who led the study, “The results indicate that coriander oil damages the membrane surrounding the bacterial cell. This disrupts the barrier between the cell and its environment and inhibits essential processes including respiration, which ultimately leads to death of the bacterial cell.”

The researchers suggest that coriander oil could have important applications in the food and medical industries.

Domingues said, “In developed countries, up to 30% of the population suffers from food-borne illness each year. This research encourages the design of new food additives containing coriander oil that would combat food-borne pathogens and prevent bacterial spoilage.”

Thestudy also suggests that, “Coriander oil could also become a natural alternative to common antibiotics. We envisage the use of coriander in clinical drugs in the form of lotions, mouth rinses and even pills; to fight multidrug-resistant bacterial infections that otherwise could not be treated. This would significantly improve people’s quality of life,” added Fernanda Domingues.

The researchers tested coriander oil against 12 bacterial strains, including Escherichia coli, Salmonella enterica, Bacillus cereus and (MRSA). Of the tested strains, all showed reduced growth, and most were killed, by solutions containing 1.6% coriander oil or less.