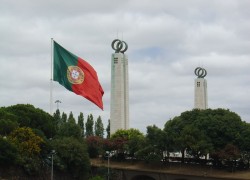 In 2007, NOVA SBE was nominated the Portuguese representative of CEMS – The Global Alliance in Management Education.  CEMS is a strategic alliance of leading business schools and multinational companies.  NOVA SBE is also number one at the Eduniversal Ranking for 2008, 2009 and 2010 achieving “4 Palms” which corresponds to “Top Business School” by recommendation of Deans in 1000 management Schools worldwide, including the Eduniversal’s Schools official selection.

The Business School at Universidade Católica also accredited with AACSB, EQUIS and AMBA has been ranked amongst the Top European Business Schools according to the London based Financial Times.

The Universidade do Porto School of Management  —  EGP (Escola de Gestão do Porto) — a  Business School dedicated to post graduate studies in management and executive education, is one of the 161 schools of the world accredited by AMBA. The two MBA programs — The Magellan MBA, a full-time program taught in English, and the Executive MBA, one of the most senior Portuguese MBA programs — are both accredited by the AMBA.