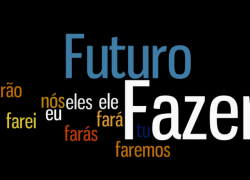 Starting in 2014, Portugal is requiring heritage language learners abroad to pay €100 in student tuition, for each academic year, to learn Portuguese.

Initially announced at €120, the tuition will cover expenses with textbooks, language proficiency exams and proficiency certificates.

The new tuition fee will apply to most students, except in cases of “proven need,” according to a government statement.

In addition to tuition, students will be required to pay for proficiency exams and respective diplomas. Exam fees will range from €40 to €100 per test, depending on the exam level. Reductions will also apply to families with more than one student, families of unemployed parents or single-parent families.

Introduced by the office of Ensino de Portugues no Estrangeiro (EPE), the new legislation also includes changes in contractual guidelines for the hiring of Portuguese teachers abroad.

According to representatives of teachers’ unions in Portugal, charging tuition to heritage language learners abroad will result in a reduction in the number of students enrolled and will cause unemployment among Portuguese language teachers.

“The conditions are not attractive enough for people to feel the desire or obligation to pay,” said Teresa Duarte Soares, representative of the union of Portuguese teachers abroad (SPCL), affiliated with the National Federation of Education (FNE).