Portuguese embassies and consulates to be restructured – Portugal 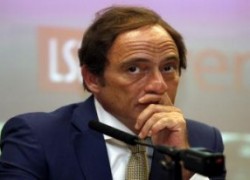 The Ministry of Foreign Affairs (MFA), headed by Paulo Portas, proposed a cut of at least 40 million euros in its budget for 2012, representing 10 percent in savings.

Under the proposed delivered in Parliament, the total expenditure of the MFA in 2012 will be reduced to 334 million-euro, 10.6 percent less compared to 2011.

Half of the expenses at MFA (166.9 million-euro) are intended to cover cost with staff, including staff at the teaching Portuguese abroad programs managed by the Instituto Camões.

The proposal calls for a restructuring of the services at the Portuguese embassies and consulates including affiliated Instituto Camões and the Portuguese Institute for Development Support (IPAD).

Most savings will be achieved through measures such as reforming the diplomatic and consular network operations, resizing the diplomatic staff serving abroad, the reorganization of the Instituto Camões and the Portuguese Institute for Development Support (IPAD) and other expenses.

According to the proposal, the MFA plans to cut 21 percent in their leadership positions, through a reorganization of services under the Program for Reduction and Improvement of Central Administration (PREMAC).