Portuguese economy is bouncing back – Portugal 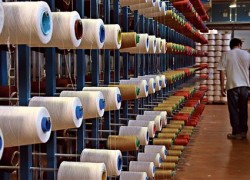 Portuguese Finance Minister, Vitor Gaspar, said Tuesday, Portugal will be able to return to the international money markets in 2013 and next year will see a “turning point.”

According to figures released on Wednesday by Portugal’s National Statistics Institute (INE), Portugal’s recession came to an end in the second quarter as an increase in exports helped the country avoid a third quarterly contraction.

Exports rose 8.4 percent from a year earlier and imports fell 5.4 percent, Portugal also rose one place in a global competitiveness ranking of the World Economic Forum global report on competitiveness which ranked Portugal 45th out of 142 countries — up one place over last year.

However, the gross domestic product was unchanged from the first three months of the year, when it fell 0.6%.

Figures from Eurostat, the European statistics body, also indicate the Portuguese economy has stagnated in the second quarter against a backdrop of slower growth across the European Union.

Growth in both the Eurozone and the European Union slowed to 0.2% of GDP on the first quarter.

Portugal was joined by France and Hungary in registering neither growth nor contraction over the second quarter but was the only country covered by the figures to present a year-on-year contraction — down 0.9%.

The largest European economy, Germany, recorded only a 0.1% advance on the first quarter of this year.