Portuguese children among best protected by the law – United Nations 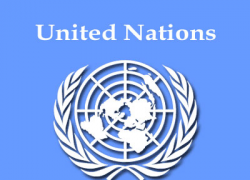 Portuguese children are among the “five percent” best protected children by the law in the word, said Marta Santos Pais, Special Representative of UN Secretary-General Ban Ki-moon for violence against children.

Stating that Portugal is one of the few countries in the world where legislation forbids all forms of violence against children, she stressed that these are rights that only five percent of the children in the world can enjoy. She said “All countries need to invest in this area where Portugal is prepared to play a leadership role.”

Speaking to LUSA news, she also said that although the law in Portugal protects its children to a great extent, there is still a need for more information and support from the State, municipalities and churches to enforce the law.

She said “There is a lack of institutions for children that provide information and advice on what to do if they are victims of any form of violence,” and she added, “Children often try to tell their stories through silence, through signals that we need to know how to interpret. We must be prepared to identify the first signs so that violence will not take place or to accompany the children in trauma, so that they feel supported and may recover without fear.”

Born in Portugal, Marta Santos Pais, 59, is the Special Representative of the United Nations Secretary-General on Violence against Children. She has more than 30 years experience on human rights issues, engagement in United Nations and intergovernmental processes and a firm commitment to the rights of the child. Before her appointment, Marta Santos Pais was the Director of the UNICEF Innocenti Research Centre, a position she has held since 2001. She holds a law degree from the University of Lisbon, held a number of advisory positions on human rights and legal issues in Portugal, and is the author of many studies and publications.