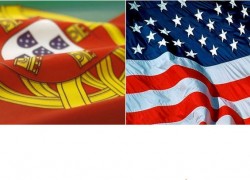 Luso-descendants are well-integrated into America,” but they retain an active interest in their ethnicity and ancestral roots,” said Dr. Dulce Soares Scott in an interview for the Portuguese American Journal.  A Professor of Sociology and Criminal Justice at the Department of Sociology at  Anderson University, Indiana,  Dr. Dulce Soares Scott recently conducted a survey with a large group of Luso-descendants nationwide. The goal of the study was to assess how well integrated they were into American society and how well they were doing compared to other ethnic groups. On her interview, Dr. Soares reflects on her motivation for the study, her research methods, her findings and conclusions. Dr. Dulce Soares Scott is an affiliated researcher with the Institute for Portuguese and Lusophone World Studies at Rhode Island College.

Q: When and why did you decide to do your research on this topic? 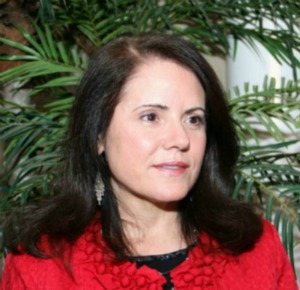 A: began the survey online in full force at the beginning of 2010, and in the summer of the same year, I conducted in-depth interviews with Luso-descendants in the San Jose area in California and in Rhode Island and Massachusetts.  And, of course, I always supplement my information with data from the American decennial censuses and the annual American Community Surveys. One of my areas of academic specialization is race, ethnicity and immigration in American society. In Indiana, I have studied Latinos and immigrant women from all over the world. I always wanted to study Portuguese Americans but thought that by living in Indiana, away from a Portuguese American community, it would not be possible for me to do so.  Then as I began to use the Internet more often, I saw how many Luso-descendants were also using online sites. I thought that this would be a good way to reach them. In fact the advantage of using online methods is that we can reach Portuguese-Americans all over the United States, rather than just within a given area of geographical concentration. That is, we can reach some of those who no longer live in traditional areas of Portuguese spatial concentration, those of the “one and a half” and the “second” generations who may have moved away after attaining an education. We can also reach some of those of the third and fourth generations whose families may have long ago undergone what geographers call “spatial assimilation,” and may thus have been experiencing patterns of geographical mobility common to all Americans.

Q: What motivated you to undertake this project?

A: Part of my motivation to do the survey was related to the negativity surrounding Portuguese Americans in the United States, as if somehow there was something peculiarly wrong with them. I kept hearing individual stories of people who had achieved high levels of education, becoming doctors, lawyers, nurses, teachers, managers, and so on, but their parents were factory workers and had low levels of education. Those stories were incongruent with the common assumption that the Portuguese were not well-integrated in American society. And I asked myself: “what is really going on here?” There are few sociological studies about Portuguese Americans, and much of what has been published has been informed by old theoretical frameworks, which view the Portuguese through the lenses of classical assimilation theory, as initially developed by the Chicago School in the 1920’s and later formalized by Milton Gordon in 1964. More recent theoretical developments provide different lenses through which the experience of integration of Portuguese immigrants and their descendants in American society may be analyzed.

Q: Did you arrive at any relevant conclusions yet?

A: Yes I did. My studies of other ethnic groups in America made me realize that people of Portuguese ancestry were not doing as badly as people seemed to think. For example, according to census data, the average income levels for the Portuguese are higher than the national average and are on par with those of other European immigrant groups. The poverty rates for the Portuguese are below the national average and are nowhere comparable to the very high poverty rates experienced by Latinos or African Americans. In terms of educational achievement, as a whole the Portuguese are close to African Americans but are way more advanced than Latinos.

Q: What else did you find out?

A: I have found that although the levels of educational achievement are somewhat below the national averages, when we compare the levels of education, as shown by census data, of the immigrant group to the entire ancestral group, it becomes evident that there has been considerable progress in the level of educational achievement among the American-born descendants of Portuguese immigrants. This is something that is also glaring in the survey results, that there are so many who have achieved high levels of education, but their parents had not completed high school and were involved in manual labor. Of course, we have to keep in mind that the survey is not based on a probability sample and is in fact capturing a more educated segment of the Luso-descendant population. As such, I cannot say that there are not many of us who did not advance in school and remained in the working class or actually experienced “downward assimilation,” that is, are doing worse than their parents were in terms of socioeconomic achievement.

Q: How did you formulate your survey?

A: I designed the survey, formulating questions that took into consideration the latest developments and theories within this academic field. Many of my questions were informed by the work of one of the major American sociologists in this area of study, Alejandro Portes, who worked out of Princeton University with a team of other scholars. I also took into consideration the work of some of his critics, such as Roger Waldinger at UCLA, and of scholars with opposing positions to those of Portes, namely Richard Alba and Victor Nee, also professors at different Ivy League universities.

Q: Did you find anything surprising in your survey and the interviews that you conducted?

Q: And what do you make of that?

A: This is actually good news for our process of Luso-American ethnic identity formation. According to the latest theoretical developments, people who experience a positive, or at least a neutral, context of reception in the host society are more likely to engage in selective acculturation. That is, they are more likely to retain aspects of the ancestral culture and language as they integrate into the host society. It is also positive because of what historian Marcus Lee Hansen, in 1938, dubbed as the “principle of the third generation interest.” That is, due to a traumatic integration process in a negative context of reception, the American born children of the turn of the century immigrants would often reject the culture and language of their parents and would try to Americanize as quickly as possible. However, the already integrated grandchildren, who were no longer subjected to prejudice and discrimination, would feel a renewed interest in their ethnicity and in the country of ancestral origin. In my personal interviews, I came across third generation Luso-descendants who had experienced just that. After living an almost entire life as integrated Americans and feeling and thinking of themselves as Americans only, they rediscovered their ethnicity and travelled to Portugal to find their roots and where their ancestors came from. They are now very comfortable with being both American and Portuguese simultaneously.

Q: Did you find out anything else that surprised you?

A: Yes, it was precisely that, the fact that people — as I discovered both through the survey and the personal interviews — love being American but they also love being Portuguese. It is like they have two loves, but they are not thorn between them. They stated with conviction that they were American, had loyalty to or felt patriotic about America, but that they also loved and were proud of their Portuguese roots and ancestral culture. This, of course, goes against the assumptions of classical assimilation theory, which posited a straight-line path of acculturation into American society, characterized by a complete psychological switch from being ethnic to being “only American” by the third generation. My interpretation of the survey results and of my interviews is that indeed selective acculturation is occurring among many young Luso-descendants and that among some of the third and fourth generation Portuguese Americans, who descend from the turn to the 20th century immigrants, there is a resurgence of interest in their ethnicity and ancestral roots.

(*) Carolina Matos is the founder and editor of  the Portuguese American Journal online. She was the Editor–in-Chief for The Portuguese American Journal, in print, from 1985 to 1995. From 1995 to 2010, she was a consultant for Lisbon based Luso-American Development Foundation (FLAD). She graduated with a Bachelor’s Degree in Liberal Arts and a Master’s Degree in English and Education from Brown University and holds a Doctorate in Education from Lesley University. She is also an adjunct professor at Lesley University where she has taught undergraduate and graduate courses. In 2004, Carolina Matos was honored with the Comenda da Ordem do Infante D. Henrique presented by Jorge Sampaio, President of Portugal.
updated/08/05/12