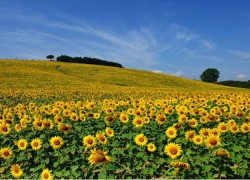 Portugal was honored with 16 top awards by the prestigious 2014 World Travel Awards Europe at the  “Oscars” of world tourism industry ceremony held in Athens, Greece.

The awards went to Lisbon as the best port and cruise destination and Madeira as the best islands to vacation; cruise operator DouroAzul was awarded as the best river cruise company; TAP Air Portugal was honored as the best airline with the links to Africa and South America while Turismo de Portugal was voted the best official tourism organization in Europe.

Established in 1993, the World Travel Awards honors and rewards excellence across all sectors of the tourism industry offering one of the most prestigious and comprehensive awards program in travel and tourism, recognized worldwide as the hallmark of industry excellence. The winners are determined by an online vote cast by hundreds of travel professionals and consumers around the world.