Portugal will play by the rules – FIFA 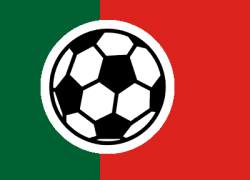 The  Portuguese Football Federation voted  with 81 percent  to support new statutes that comply with International Federation of Association Footbal (FIFA)  regulations to avoid a ban from the 2012 international soccer season.

FIFA had threatened to ban Portugal from all competitions unless the Portuguese Football Federation revised their statutes which demanded an amendment to the rules of representation of different federation members – clubs, athletes, coaches and regional associations.