Portugal waiting to hear from its younger descendant generations – Brazil 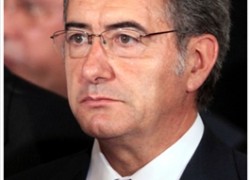 The Portuguese government wishes to reach the younger generations of Luso-descendants, but believes they should be the ones to communicate how this should be done, said Saturday in São Paulo, Brazil, the Portuguese Secretary of State for the Communities José Cesário.

Secretary José Cesário is in Brazil since October 24 to visit local Portuguese community organizations and meet representatives from the Portuguese resident communities in Rio de Janeiro, São Paulo and Santos. An estimated 1 million  Portuguese and their descendants live in Brazil.

On Sunday, in Venezuela, Secretary José Cesário will join the Minister of Foreign Affairs, Paulo Portas, for an official visit to the country before returning to Portugal on November 2. An estimated 400 thousand Portuguese and their descendants live in Venezuela.