Portugal: Tourism – for now, what’s what? – By Len Port 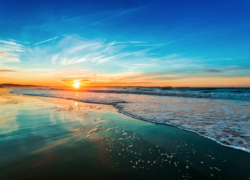 There are still many complications, much confusion and lots of uncertainty, but here’s the nitty-gritty of what’s known about the prospects for tourism from abroad.

Foreign holidaymakers are expected to start arriving in Portugal in significant numbers in May and June.

The UK has long been Portugal’s biggest source of foreign visitors, but the British Government has made it clear that no holidaymakers from England will be allowed to go anywhere abroad before May 17.

Top EasyJet, Ryanair and other airline officials have strongly urged the British Government to include Portugal on a proposed “Green List” of countries and allow flights  to resume on May 17. They have asked that they be informed well ahead of this date so they can properly prepare their aircraft and staff for takeoff.

EasyJet has already announced that in addition to its normal airport terminals in the UK it will open new routes to holiday hotspots from Birmingham.

The government authorities in Wales, Scotland and Northern Ireland have yet to announce the lifting of the May 17 travel ban.

Advice on the start of international travel from the UK is expected to be contained in a report commissioned by the UK and due to be delivered next Monday, April 12.

The “Green Light” category of travellers will probably only need to be able to show that they have tested negative shortly before and after international travel. They will not to be required to quarantine on arrival or returning.

For visitors from Ireland, the Portuguese Government requires the following measures effective until midnight April 15:

Have a negative / ‘not detected’ result from a pre-departure COVID-19 RT-PCR test taken within 72 hours prior to arrival in Portugal.

Present evidence of their negative/‘not detected’ result before boarding their flight, and to Portuguese immigration officers on arrival at points of entry.

Such a scenario is less certain regarding Portugal’s other major sources of holiday visitors, particularly Germany, France and the Netherlands, which have all been described as “high risk” areas because of recent surges in Covid infections amid the European Union’s slow rollout of vaccines.

The agreement between Portugal and Spain on the closure of their land and river borders will run at least until April 15 by which time it will be reviewed. The transportation of essential goods is among the exemptions currently in place, but cross-border leisure travel is forbidden.

Holiday travel to Portugal from the United States and Canada has yet to be given the official go-ahead.

All passengers travelling to the Archipelago of the Azores must fill out a questionnaire of the Regional Health Authority within 72 hours before their departure. After completing the questionnaire, they will receive a code that they must use to identify themselves upon landing.

All passengers travelling to Madeira by air must complete the “Madeira Safe to Discover” web app registration at www.madeirasafe.com in the 12 to 48 hours before departure. If they do not complete it before the flight, they will have to do so on their mobile device after landing or by using the QR codes posted at the airport or by providing their data to the staff available for that purpose.

The Portuguese Government in the weeks ahead will be systematically reviewing all its current restrictions on holiday travel. Meanwhile, throughout mainland Portugal small groups may be served on outside tables in cafes and restaurants and museums have been among the facilities recently opened after two months of lockdown. The plan is to allow the reopening of restaurants indoors as well as outdoors on May 19. All stores and shopping centres as well as auditoriums and theatres will be back in business on May 19.

All sports, gyms, indoor and outdoor physical activities and other events will be permitted with reduced capacity from April 3.

The coronavirus is not going away anytime soon and so basic rules such as the wearing of facemasks and appropriate social distancing will remain mandatory in public places throughout Portugal at least until June 13.

While many Covid uncertainties remain, one thing beyond any doubt is that all sections of the Portuguese tourist industry that is so vital for this country’s economy, want to welcome with open arms any holidaymakers frustrated by lockdowns in each of their home countries.