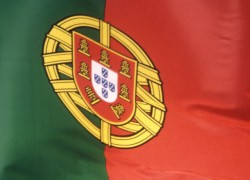 Portugal was represented at its highest level at the 21st Ibero-American Summit by President Aníbal Cavaco Silva, Prime Minister Pedro Passos Coelho, and Foreign Minister Paulo Portas. The summit was held Friday and Saturday in Asunción, capital of Paraguay.

On October 27, on their way to Paraguay, Portugal’s President and Prime Minister made separate stops in Brazil where President Aníbal Cavaco Silva was honored at a dinner in São Paulo by the Portuguese Chamber of Commerce. He also held talks with São Paulo State Governor Geraldo Alckim. In turn, Prime Minister Pedro Passos Coelho visited Brasilia where he met with President Dilma Rousseff.

The 21st Ibero-American Summit, held under the motto “Transforming the State and Development,” debated the global economic slowdown as their chief concern. The plenary meeting was held on Saturday in the main room of the South American Soccer Confederation, in Luque.

According to the organizing committee, about 17 statesmen had confirmed their attendance to the meeting while half of the 22 Ibero-American heads of state and government failed to show up.

Members from international organizations that participated in the event were the Inter-American Development Bank (IDB), the World Bank, the Organization for Economic Co-operation and Development (OECD), and the United Nations Development Program (UNDP).