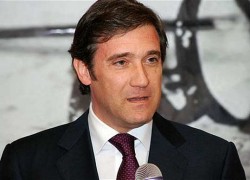 Portuguese Prime-Minister Passos Coelho is in the United States to participate in the NATO Summit underway (May 20-21) in Chicago Illinois.

At the summit, the Portuguese leader held his first meeting with new French President François Hollande.

After the meeting he commenting to journalists that the two had found “a good working basis” and a “common vision” of the need for budgetary consolidation across Europe as the basis for greater competitiveness and economic growth in “the medium and long term.”

Passos Coelho also added there was “much conversion” between Lisbon and Paris on the view that growth should not come through increased public spending, but through structural reforms and stimulating financing for the economy.

He said Lisbon’s implementation of its EU-IMF bailout was being “fulfilled successfully” and would not require more time, beyond the agreed three years.

He also remarked that Portugal needs “better conditions for financing the economy,” adding that this was a matter on the table before the next troika’s assessment team visits Lisbon.

Portugal is one of the original founding members of the North Atlantic Treaty Organization (NATO)  together with the United States, Canada, Britain, France, Italy, Belgium, Denmark, the Netherlands, Norway, Luxembourg, and Iceland. NATO was established in 1949, following World War II to counter the threat of post-war communism expansion.