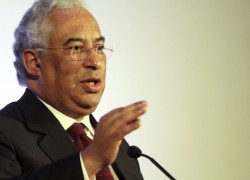 Portugal’s Prime Minister, António Costa, will pay a week-long official visit to India, from January 6 to January 12, 2017, at the invitation of India’s Prime Minister Narendra Modi.

Prime Minister Costa, who is of Portuguese Indian descent, is the son of Orlando da Costa, a prominent Portuguese language writer with roots Goa, the Indian territory under Portuguese administration from 1505 to 1961. His paternal grandfather, Luís Afonso Maria da Costa, was from Goa.

His mother, Maria Antónia Palla, was a Portuguese journalist. His parents met in the former Portuguese colony of Mozambique where his father was born in 1929, from Indian, Portuguese and French descent.

Prime Minister Costa’s extended family continues to live in Goa where his 200 years old ancestral home is in Margao. His nickname is babush, which means ‘little boy’ in Konkani a dialect of the state of Goa. To this day, the historic city of Margao, where the Portuguese language is still spoken, also exhibits the influence of Portuguese culture.

According to the official schedule for the visit, Prime Minister Costa will meet in New Delhi with Prime Minister Narendra Modi on January 7, to sign Memorandum of Understanding (MoU), which goal is to promote bilateral relations between the two countries. This is followed by a two-day visit to Bengaluru where he will be a guest at the Parvasi Bharatiya Diwas, a festival celebrated on January 9 to mark the contribution of the overseas Indian community to the development of India.

From January 10 to January 13, Prime Minister Costa will be a guest at the Vibrant Gujarat 2017 summit, at Mahatma Mandir, Gandhinagar, which central focus is “Sustainable Economic and Social Development.”

In Goa, from January 11 to January 12, Prime Minister Costa will visit the ancestral home of his family in Margao, where he will launch the English translation of his father’s book Sem Flores Nem Coroas  [Without Flowers or Wreaths].  The book was cosponsored by the recently founded Joaquim Heliodoro da Cunha Rivara Chair, at the Goa University (GU), in collaboration with the Lisbon-based Camões Institute. The Portuguese Prime Minister will also pay tribute to local historian and former director of Fundação Oriente, the late Paulo Varela Gomes, and posthumously award him with the Cultural Medal of Merit.

António Costa was born in Lisbon, in 1961. He has been in the office of prime minister since November 26, 2015, after serving three terms (2007-2015) as mayor of Lisbon. He graduated with a Degree in Law from the University of Lisbon before entering politics in the 1980’s, when he was elected as a Socialist deputy to the Lisbon municipal council. He has served as Minister of Parliamentary Affairs (1997 to 1999), Minister of Justice (1999-2002), and Minister of State and Internal Administration (2005-2007). He was elected as Secretary-General of the Portuguese Socialist Party (PS) in September 2014.